In 2005, over eleven million people were practicing Pilates. In terms of understanding Pilates, most people belong to two groups. The first group is very enthusiastic Pilates practitioners. The second group is the people who have not even seen a Pilates studio. If you belong to the latter group, you should at least try practicing Pilates. A lot of research studies show the numerous benefits you can get from Pilates. “Pilates is now commonly described as “mindful” or a “mind-body” exercise. Its physical practice of core control and stability (or “centering”) is supported by concentration and precision coordinated by breathing,” Pirkko Markula Ph.D. explains. Below are eight benefits you can get from practicing Pilates.

Benefit #1: Pilates Is The Best For Your Abdominals.

Pilates works out your core better than other forms of workout. In the vocabulary of Pilates, the core is referred to as the “powerhouse.” James F. Zender Ph.D. points out, “I am particularly impressed with the benefits of Pilates which improves core strength, balance, coordination, and confidence.” A research study published in the Medicine and Science in Sports and Exercise journal states that the rectus abdominis of people who accomplished thirty-six weeks of training in Pilates was strengthened by approximately twenty-one percent. The rectus abdominis is the muscle that is responsible for what is known as six-pack abs. The strengthening of the rectus abdominis is achieved while the imbalances of the muscle between the left side of the core and the right side of the core are eliminated.

Benefit #2: Your Terrible Back Pain Can Be Alleviated Through Practicing Pilates.

A much improved back can result from a stronger core, according to Tracy Zindell. Tracy Zindell is the founder of Flex Pilates Chicago. Tracy is also a master instructor at Flex Pilates Chicago. A research study published in the Journal of Orthopedic and Sports Physical Therapy states that people who suffer from chronic pain in their lower back experienced pain relief after four weeks of practicing Pilates.

Benefit #3: Pilates Will Not Put Too Much Pressure On Your Joints.

Training in Pilates is undemanding on the joints. Practicing Pilates involves movements that are controlled and slow. The controlled and slow movements produce impacts on the joints that are very minimal. Training in Pilates is even easier on the joints if a Pilates reformer is used. The Pilates reformer has very thick padding. The padding is as deep as ten yoga mats placed on top of each other. The very thick padding relieves the pressure from the knees and the back.

Benefit #4: Pilates Will Keep You Focused And Sharp – Even After You Are Done With Workout.

Next week, we will talk about more benefits of Pilates, and as to why you should try it. Every man, woman, and child will improve their physical and mental health by doing this exercise regularly, and that means improving your chances of having a quality life. It also means wanting to increase your life span. You want to live longer. If yes, then, do Pilates. 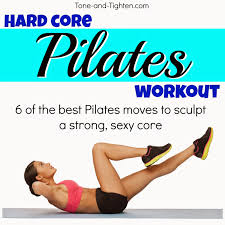